It’s all La-dee-dah until it’s go-go-go.

There’s not much spirit unless there’s snow,

with fa la lahs and the ho ho ho.

And joy and hope and peace are hung,

reminders of a flower sprung

in our midst. Now with our tongues

the joy, the hope and peace are sung.

Yet those upon this world are tired.

Each and every age transpired

without the love and peace desired,

despite the joy and hope that’s squired.

Though darkness settles, spends the night,

Thus we hope. Our homes bedight

And in this yearly journey shown,

though some desist and some bemoan,

mankind’s joy and hope are sown

and Love is sprung again and grown.

And after time, the flames reside
awaiting what I can provide,
More lumber on the bed of coals
feeding hungry, lonely souls-
new sparks, a hope engendered.

And after flickers fade to glows
and darkness settles, fills and stows
it’s bundles in the cloaking night
ever silent, there alight
new sparks, a hope engendered.

em>Acappella music (without instrumental accompaniment) is particularly enjoyable for me to listen to. As a poet (and an avocational musician), I am drawn to the similarities that poems and acappella music have. Lyrical phrasing, meter, rhyming, assonance, and consonance mean so much to acappella music, because it relies so heavily on the human vocal element.

It has been a while since I did one of these.

Partly because I hadn’t heard any new inspiring songs recently, neither was I particularly inspired to seek out any songs.

I was wondering whether anyone had done an arrangement of Emily Dickinson poems for acappella chorus. Google. What a time saver. I found quite a few. And it should come as no surprise, as Ms. Dickinson is arguably the most prolific of American Poets and one of the more emotive poets (and also – to her credit – concise). These characteristics make her writing great fodder for choral literature.

The first one I noticed (and I think that I’ve sung it once) was Let down the Bars, O Death, composed by Samuel Barber, who was responsible for another haunting poem/choral selection that I discussed a while back, Louise Bogan’s To Be Sung on the Water. He wrote this piece during the same summer (1936)** as the string quartet that would eventually become Adagio for Strings.

Let down the Bars, O Death —
The tired Flocks come in
Whose bleating ceases to repeat
Whose wandering is done —

Thine is the stillest night
Thine the securest Fold
Too near Thou art for seeking Thee
Too tender, to be told.

This setting is a simple chorale, with none of Barber’s usual complex counterpoint, but it is effective  at letting Dickinson’s text carry  the load.  Given her gift for emotionally charging phrases, it definitely works with his gift for musical conflict and resolution.  The opening of the piece sounds like a call, an invocation that begins hushed, and crescendos to the conclusion, where the opening lines are repeated/declared with emphasis.

The next piece was a bit of a surprise.  I have a soft spot for poetry that is light and hopeful (something that is not necessarily plentiful in Dickinson’s canon of writing), so when I happened upon “Hope” is the thing with feathers, I was hooked.

“Hope” is the thing with feathers*

I’ve heard it in the chillest land –
And on the strangest Sea –
Yet – never – in Extremity,
It asked a crumb – of me.

There are several different choral arrangements of this poem, but in my opinion, none of them capture the intention of the words like this arrangement by Dr. Kenny Potter of Wingate University. Recently composed in 2011***, this piece allows the underlying message to drive the song, with the opening lines carried through as heartbeat. A carefree melody, which breaks slightly to express the seriousness of the last line (much like Barber in the effective use of chorale style), but then returns to the patter of the “thing with feathers, and sings the tune without the words – and never stops – at all” fading to the end.

I believe he created an earworm.

The video I selected is a combined performance of several pieces. The first one is “Hope” is the thing with feathers. Have a listen. You will be humming this the next day. 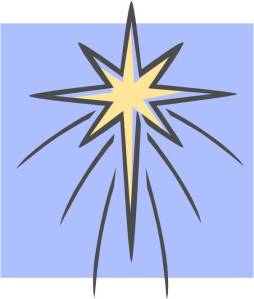 Where is hope, this time of year, as some are wont to shed a tear,
wondering if it exists, in a world that leans and lists.

As if you have the wherewithal to stay above the means at all;
emotions ragged, fractured too – thinking all depends on you.

Hope against itself to win the inconceivable, again
your hope- against all hope will be your dream, your joy, a victory.

Remember this – a tale of old – of a child born in the cold
in a tiny stable there in a town where no-one cared.

Thus began a simple life, bound with hardship- full of strife.
Yet in his story, we can see a dream, a joy, a victory,

all encompassed in a soul who loved his fellow man, in whole
or maybe just in part, because he knew what difficulty was.

Who knows best that love is blind to all our faults, and we will find
that when we stop to ponder this, emotions that we can’t dismiss,

we are bound to seek the aire of happiness at Christmas, where
in a world gone wild, disgraced – we find it on a child’s sweet face.

A simple smile with wondering eyes, full of sparkle, no disguise
will stop us from our self-defeat and bring us back to where we meet

the once-young child in each of us. We celebrate the hopefulness
with inner peace, contentment grows, something that our smiling shows.

their temperament to one of cheer -especially this time of year-
and bringing forth a simple smile that’s worth the effort and the while.